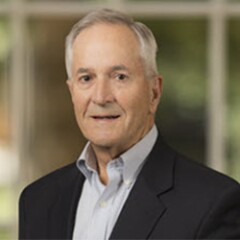 Jim Henry is a section leader for William & Mary's Online MBA program. He has over forty-five years of business experience and has served in multiple capacities across both the private and public sectors. Jim spent the majority of his career in management positions at IBM. While there, Jim led sales teams, served as a product manager charged with introducing a new product offering, and managed an organization responsible for selling to federal installations in the western half of the United States. He also led a major re-organizational effort that improved IBM’s go-to-market strategy in pursuing federal government business.

After working at IBM, Jim led the business development organizations for federal practices at both Deloitte Consulting and the Sapient Corporation. In 2004, Jim founded JEH Consulting, a firm that supports both large and small businesses interested in pursuing contracts with the federal government.

Jim served as an officer in the U.S. Army Corps of Engineers and was the recipient of the Bronze Star Medal for his service in Vietnam.