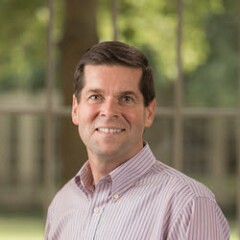 Brent Allred is the Larry Ring Executive MBA Professor of Business at William & Mary's Raymond A. Mason School of Business. He joined the school in 1999. Prior to returning to academics, he spent many years in the tech industry with Intel, Novell, Symantec, and Central Point Software.

Brent has traveled the world extensively, having lived in Belgium, The Netherlands, Hong Kong, Bulgaria, New Zealand, and Scotland. He also had extended stays in several countries, including Uganda (2011), Estonia (2010), Hungary (2008), and Australia (2003). He has taught business courses at universities in Bulgaria, Australia, New Zealand, Hungary, and on Semester at Sea.